The Lithops seedlings seem to still be doing pretty well, they got a little bit bigger during the week that I was in South Carolina. Some of them toppled over and died, which I kind of expected. Next time I am definitely going to try planting in pumice, I think that the plants that are falling over are getting pushed over by the roots growing into the dirt. I moved some of the seedings around into new spots so that I could stand them up straighter and the roots won't grow together too much. The ones that I didn't move, I mounded up some dirt around the base to keep them upright until they are big enough to stand up better. I'm hoping that 's not a bad idea, I don't think it is. 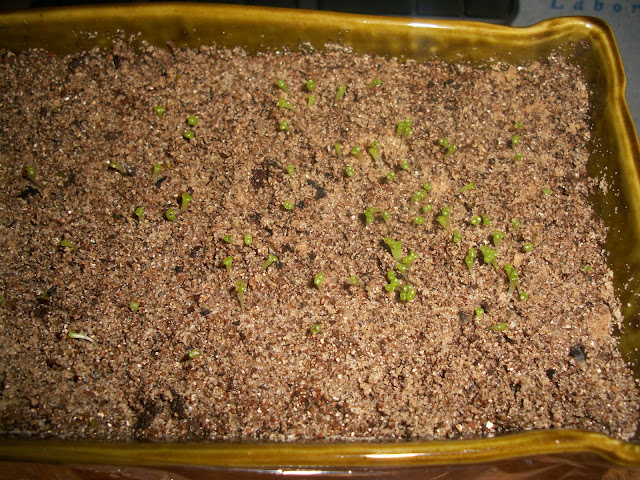 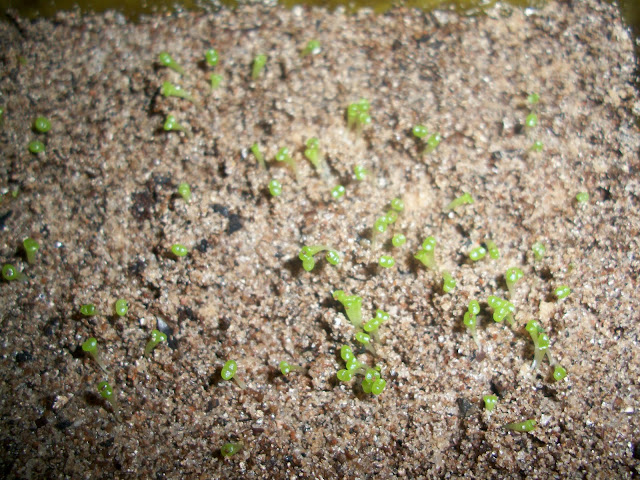