So when I was driving to New Jersey from Texas, I stopped in Zanesville, OH. Why did I do that, you might ask? Well, BESIDES the standard offerings of every thriving metropolis in the coal belt, Zanesville was also the location of McCoy pottery, and I think also some other Ohio potteries of the same time period. So I wanted to stop and go to thrift stores in hopes of finding some pottery. It was kind of underwhelming. Google maps said there were three Goodwills and one other charity-related thrift store in Zanesville, but if there were, I could not find them. There were, respectively, a CVS, an empty lot, and an apartment building where three of the four were supposed to be. 1 for 4 is not such a good ratio, Google maps.
At the Goodwill that actually existed, there was a little bit of pottery but nothing crazy. I also was there at 4 p.m. on a Sunday, i.e., THE WORST time to go to a thrift store, in my opinion. I got one little green planter from Ungemach Pottery(UPCO) with a kind of cactus-y pattern. I like the green, and I think the pattern will look really nice with a cactus planted in it. 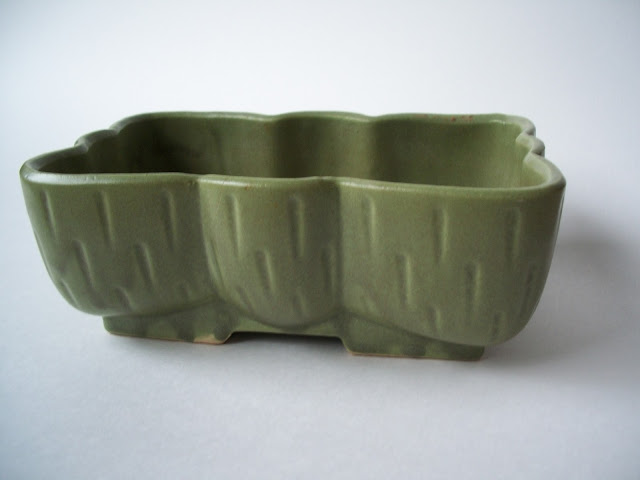 After that, while I was driving to the supposed Goodwill that is actually a CVS, I drove past a used car lot with an AWESOME car in it. For those that do not know, one of my life goals is to own a cruck at some point. Probably an El Camino, because they are pretty much the defining vehicle of the style, but I am open to other crucks with similarly desert/ Southwestern-themed names. Also, I love the color orange. 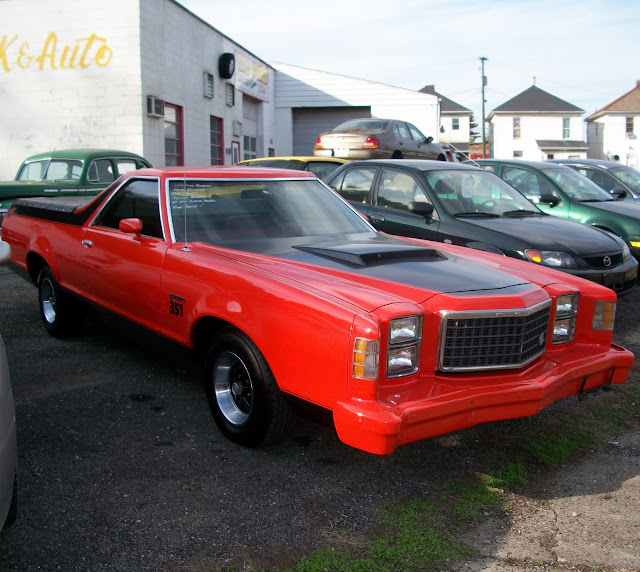 At that point I was pretty frustrated and still had a 7 hour drive in front of me, so I headed back towards the highway. On the way I saw this awesome sign next to a church: 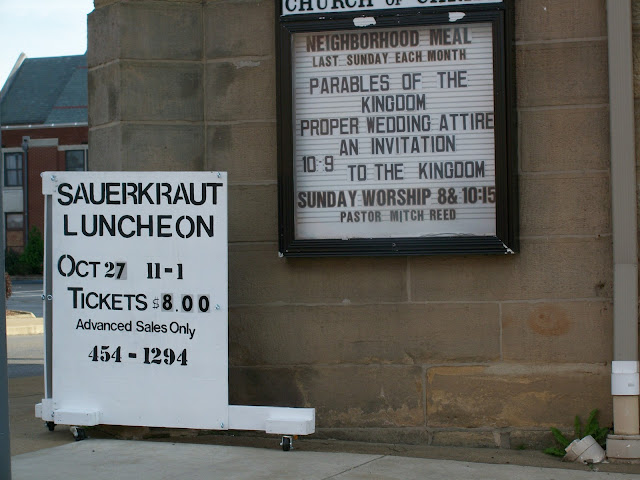 The thing about any event of significance is that you HAVE to create hype. That shit had better be exclusive. If you wake up on October 27 and are like, "you know what I would really like for lunch today? Saurkraut," TOO BAD. You should have thought ahead and bought advanced tickets, because they aren't taking just anyone who shows up. Maybe if you know the bouncer or are really hot you'll be alright, I don't know.

While I was in Zanesville, I definitely did not see anyone who had used meth in the past week. Definitely not. Also did not see anyone pushing a broken push mower down the street while drinking Mountain Dew and chirping on a push-to-talk phone. Nope.
at 9:00 AM