How to Harvest Lithops seeds

I used repotting my Lithops as an excuse to go to the big Goodwill on I-10 after work today, and got a new pot to pt them in. I think it is a pottery class special, but the shape sort of reminds me of a Gainey ceramics planter, which cost not $1.99, and I like the funny brown glaze. Once they have settled down in there I am going to add some white gravel. 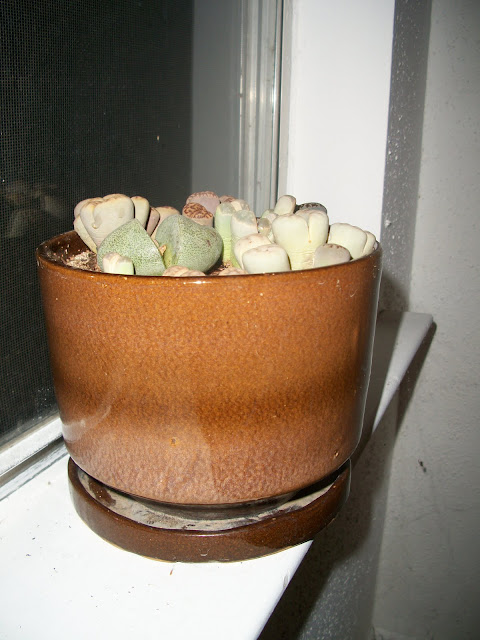 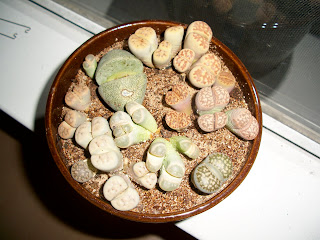 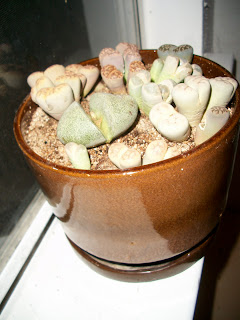 While I was pulling dead pieces off the plants  I realized that some of them were in fact dried up seed pods! I have been planning to oder and plant some Lithops seeds after we move, but like most of my purchasing pursuits, I have been putting it off to minimize the number of things that I have to a) load on and off a moving truck, and b) potentially lose or break. (obviously not completely successfully, since I bought 2 ceramic planters today).

In preparation and to distract myself, I have been doing a little reading about how to plant Lithops seeds, but hadn't really paid attention to how to harvest them since I didn't think it would be relevant to me for a least a year. So I went back to see how to harvest the seeds. I couldn't find any instructions, except that it might involve opening the seed pods with water, and you will probably mess up the seeds by doing it and should just order them instead. I tried spraying one of the seed heads with water and hoped it would magically pop open, but instead it was just damp and made it hard to pick the seeds out. Instead, I just cracked the seed pods open over a piece of paper and the seeds came right out. 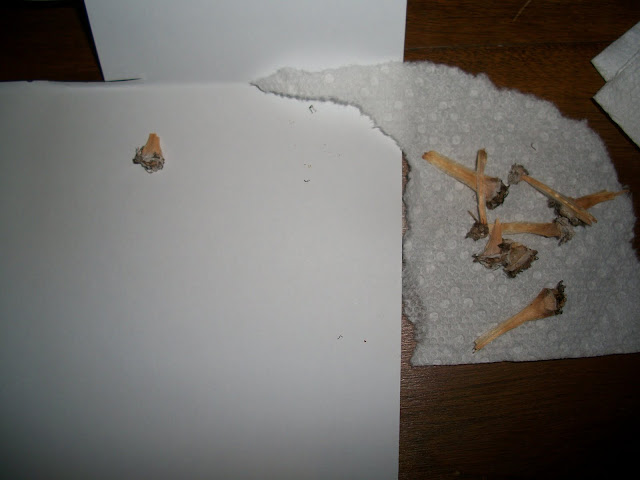 I used the other planter I bought today to but the seeds in. It's a green Brush pottery J3:10, and it is going to be part of my green/ teal planter arrangement eventually, but since the rest of those are packed up, it can house some baby lithops for the next month or two. If I was a little more patient, I would have waited and bought some horticultural pumice for my potting mix, but instead I just used some of my regular succulent potting mix, but with more sand and vermiculite added. I think it should be fine. 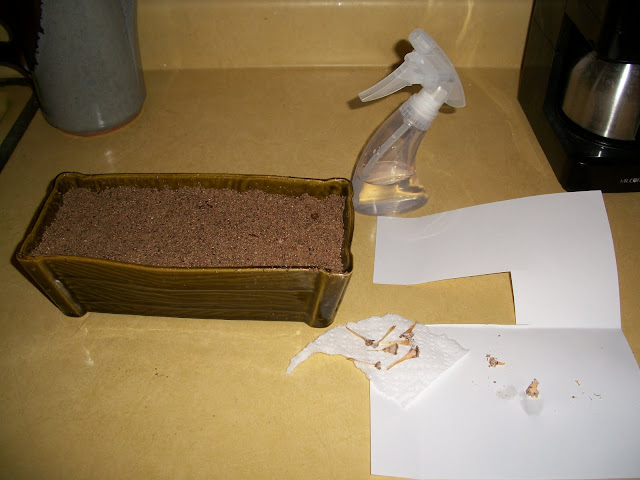 I cracked the rest of the seed pods open over a creased sheet of paper which I used to pour them into the dirt. I opened the seed pods one at a time and poured them each into their own zone, so all the same kind of plants should be growing near each other. Since I had pulled off all the pods before I realized what they were, I have no idea which one came from which plant, and there are about 7 varieties in the pot that I transplanted. So I will have MYSTERY SEEDLINGS. 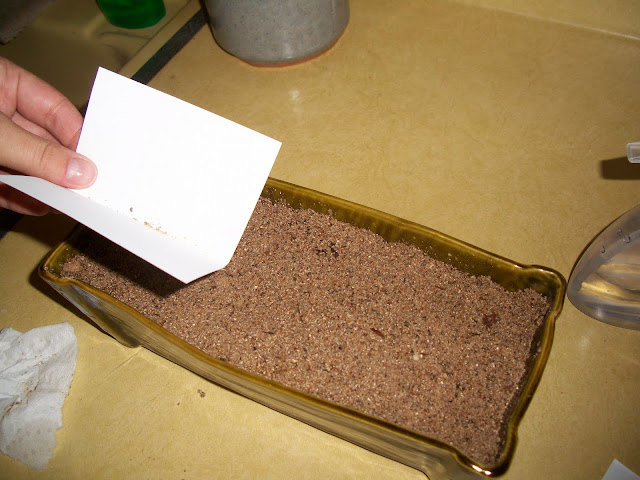 After that I sprayed them again and covered the container with plastic wrap to maintain the moisture level. For right now they are going on the bathroom windowsill with the hippo planter, since it gets a lot of sun, but they shouldn't get burned with the frosted glass. 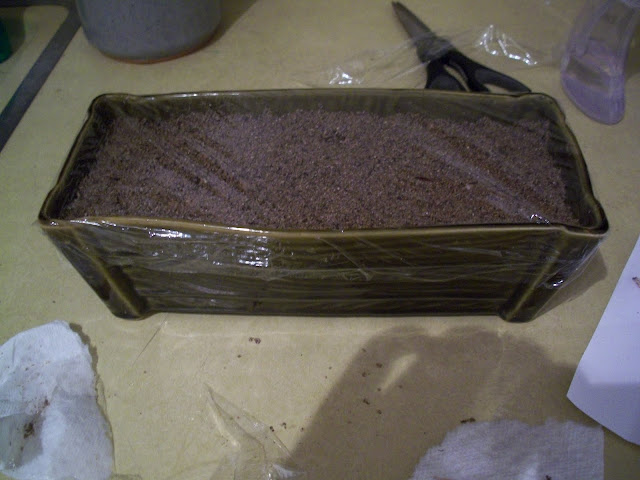