I always have a compulsion to post about things I considered buying at a thrift store and didn't, as well as the total weirdo stuff that ends up at thrift stores. This is the stuff from our California trip that feel into one of those categories and I had the presence of mind to photograph.

1. Pepto Bismol- Pink Mid-Century Planter, Huntington Beach
This was actually much more appealing than either the photo or my description above would suggest.
Also completely impractical to transport across the country. 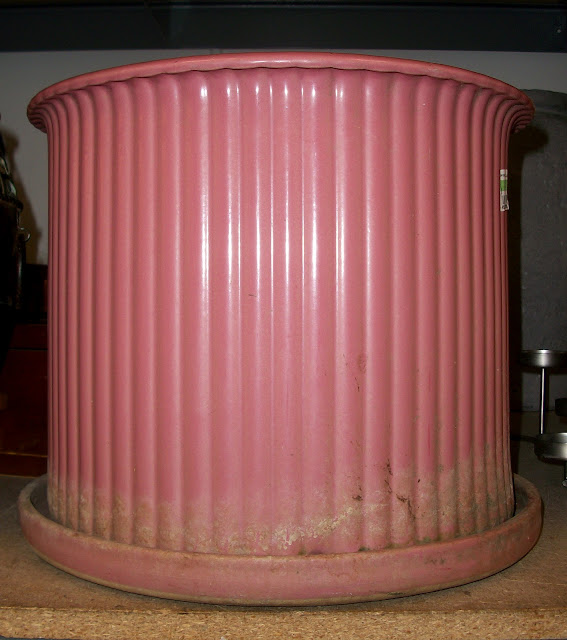 2. Primitive Angriest Duck Ever Candle Holder, Palm Desert
I am a complete sucker for Mexican folk art, but this duck is too angry! Why is he so angry? 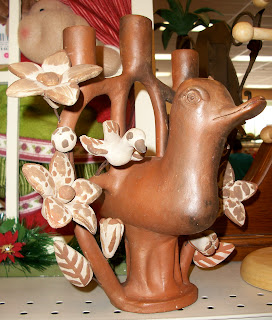 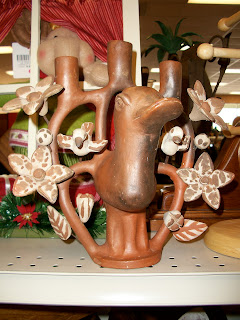 3. White Mid-Century Serving Dishes, Palm Desert
These look cool and are probably something super collectible and valuable that I don't know about, but also way too big to get home. Or maybe they are just from Macy's.

4. Romertopf Dutch Ovens, Palm Desert
For some reason I saw a whole bunch of these in California. Are people in California super into 70s-era German dutch ovens? Or, more accurately since I was seeing them at thrift stores, super NOT into 70s-era German dutch ovens?
I always really like the folk art design on these. However they look like someone tried to clean them and managed to scrape a good bit of the surface off. Also, too big to get home. 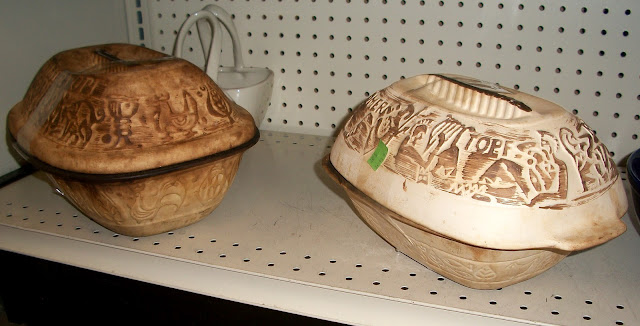 5. Set of Gunnar Cyren Dansk Plasticware, Palm Desert
This was a really nice set that was reasonably priced, and had it been on the East Coast I definitely would have bought it. However, I don't have space to keep this stuff right now, and the cost off shipping it home to put up on Etsy would be prohibitive. Skipped. 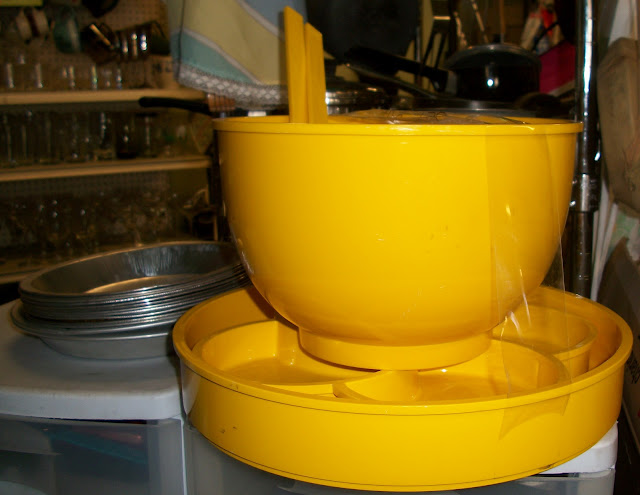 6.  Clay Art Basketweave Plates, Southwest Gallery Art, Palm Desert
People who like these things: me, people in their 70s who spend the winter in Tucson. 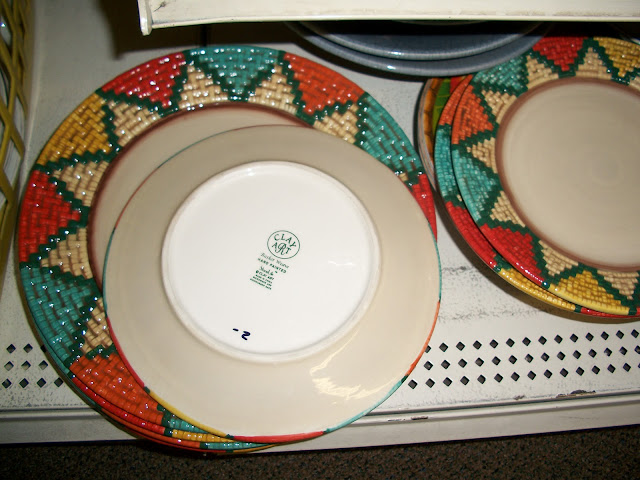 7. Set of taupe plasticware, Palm Desert
Now I can't really remember if this was Ingrid or Heller... I feel like I wouldn't have taken a picture of it if it was Ingrid, since I see that pretty frequently on the East Coast, although not big sets like this. In any case, impractically large purchase. 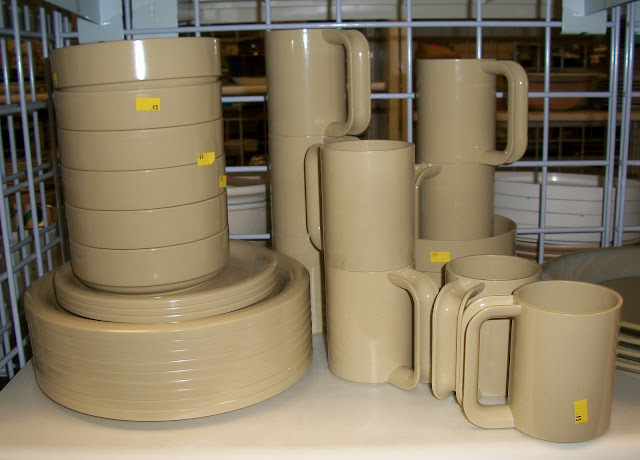 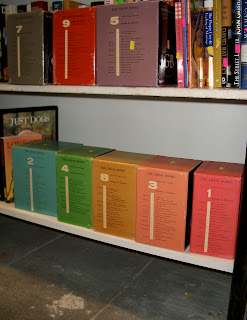 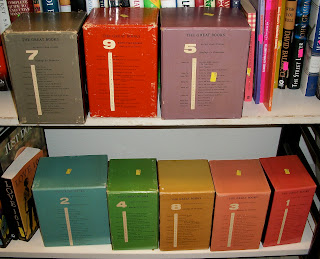 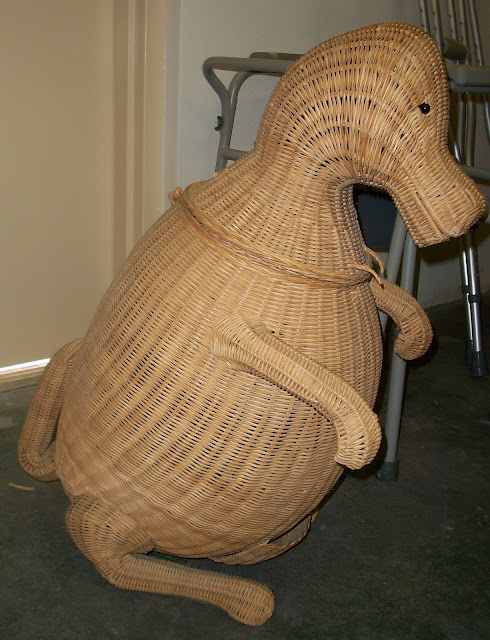 10. This picture of me and my friends, Rancho Mirage 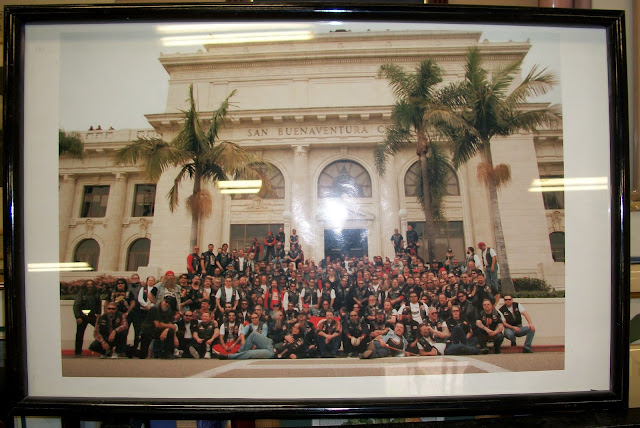 11. This other picture of me and my friend, Rancho Mirage 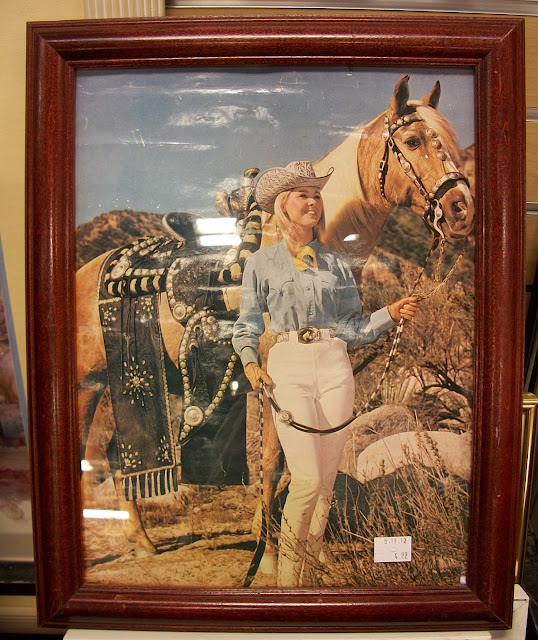 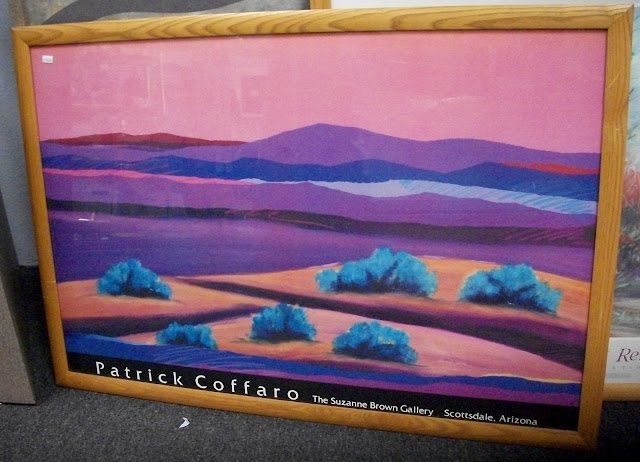 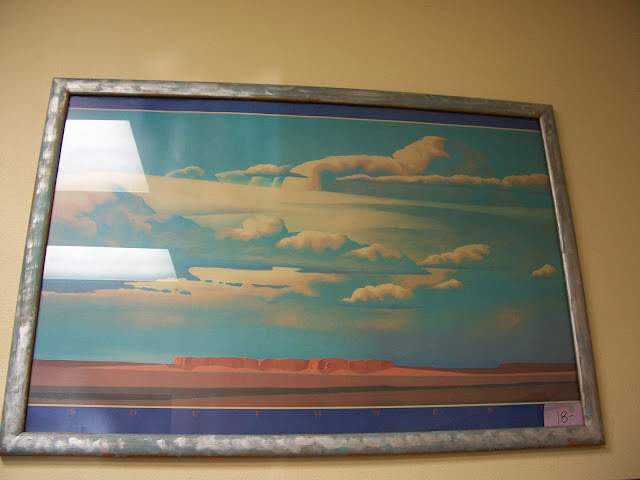 12. Desert Art, Cathedral City
Again, people who like this: me, retirees in the Southwest 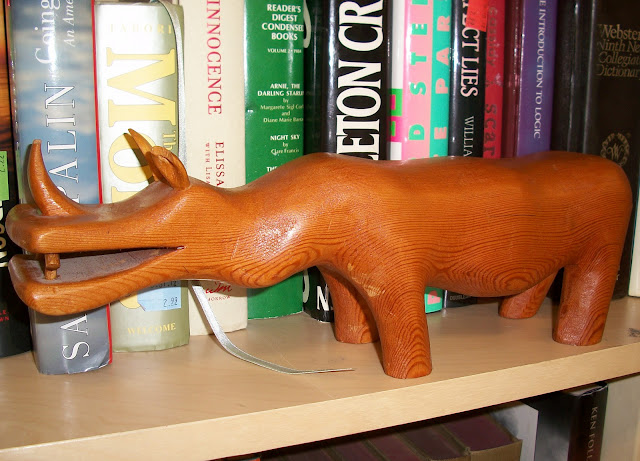 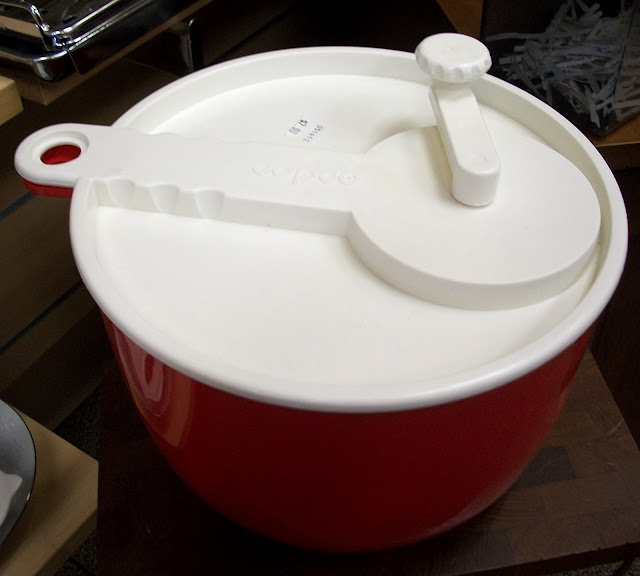 15. Lava Glaze Studio Pottery, Palm Springs
Now that I am looking at this, I'm not sure why I didn't buy this and I wish I had. This is pretty cool. I think the lava glaze was kind of over-bubbled and had gotten smashed in a few places, maybe that was it. 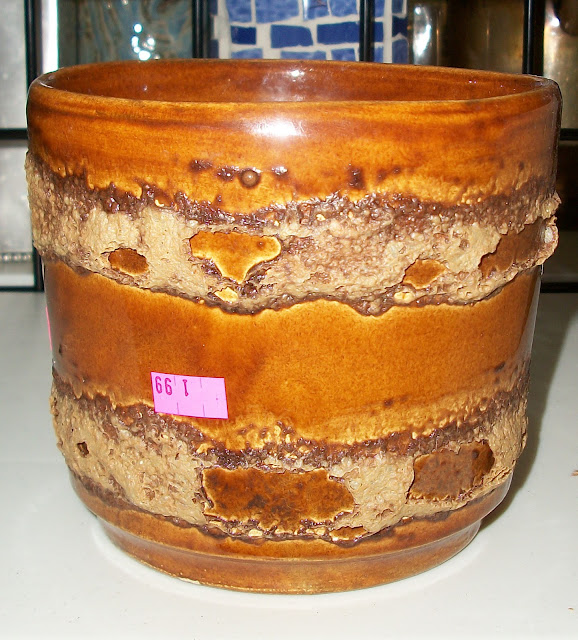 16. Cast Iron Pot, Palm Springs
Why do I never find these is thrifts on the East coast? I want one to put plants in!
Obviously, this would be completely ridiculous to try to get home. 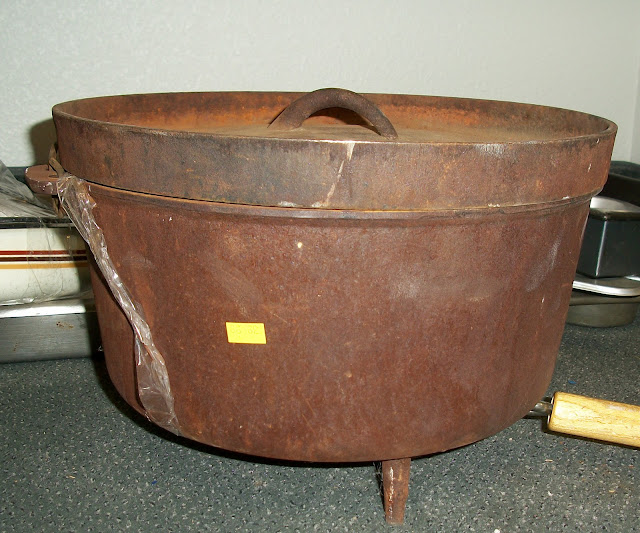 17. Arabia of Finland Large Heluna Pitcher, Long Beach
This was pretty nice, and I had a hard time putting it down because it was the first Arabia piece I had ever found at a thrift (I have subsequently gotten one of the smaller pitchers with the yellow cow.
Fun fact: Heluna is the name of the cow! 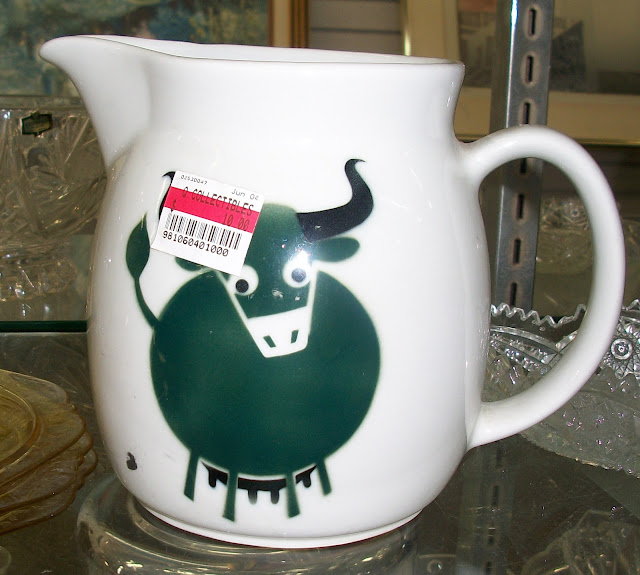